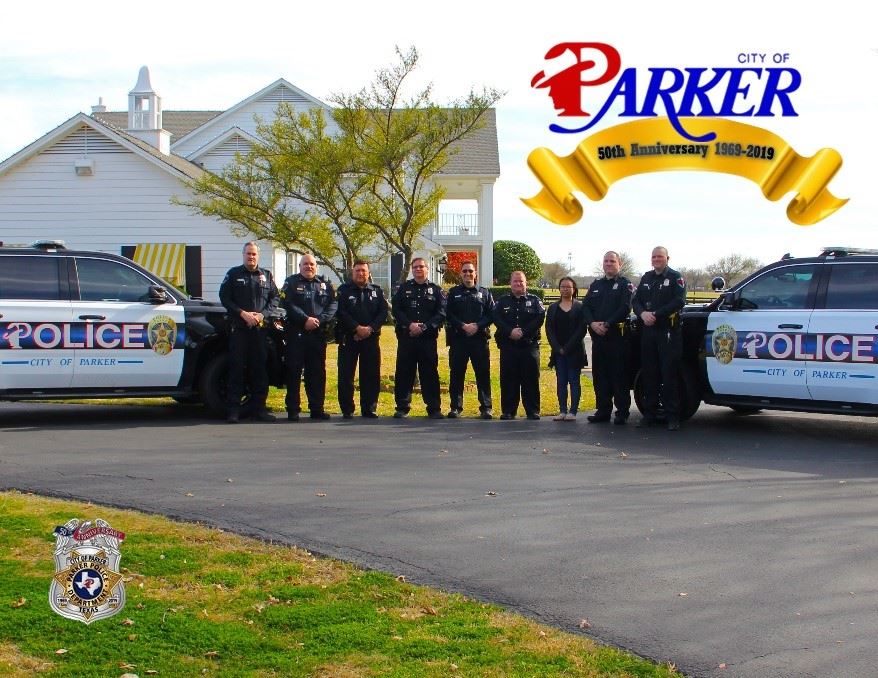 Parker operates its own Police Department, which consists of a Chief, a Captain, a Sergeant, eight full-time Officers, one Reserve Officer and one Civilian employee. Dispatch is handled by the Murphy Dispatch Center and jail services for the department are handled by Collin County.


Shortly after the City of Parker was incorporated in 1969, the need for some type of law enforcement was recognized. WC “Bill” Frizzell was appointed as city marshal on a part-time basis in 1971. He continued to serve in that capacity until November 1985, when a full-time Police Department was established. Since that time the department has had seven police chiefs, including Chief Richard D. Brooks.

Currently, the Parker Police Department has paid full-time and reserve officers. The department is proud of the progressive and professional character of the agency. Our officers are carefully selected and continue to train with current and future police practices and technology. We are always searching for new and improved methods to provide better services to the community.

The mission of the Police Department is to serve our community by providing Professional, Courteous and Unbiased Law Enforcement Services, thus making the City of Parker a safe place to Live, Visit and Work.